Quote:
Ford can't seem to build F-150 SVT Raptors fast enough. The off-road-ready trucks have been one of the Blue Oval's most reliable sellers, with record sales in eight of the last 10 months and a 14-percent jump in 2013. That's impressive enough, considering that the least expensive Raptor starts at $44,000. Factor in the modded F-150's fuel economy (it's rated at 11 miles per gallon in the city and 16 on the highway) and a national average gas price, as of this writing, of $3.55 per gallon, and its success is as unlikely as Ford's home team, the Detroit Lions, winning the Super Bowl this year (sorry, Lions fans, we're just quoting the experts in Vegas...).

Yet for some reason, Raptors spend an average of just 15 days on dealer lots before being snapped up, which is a quarter of the 60-day industry average. According to Ford's truck group marketing manager, Doug Scott, it's capability that keeps the Raptor selling strong. "What's helping drive Raptor sales is that Raptor delivers unmatched off-road performance to our customers. Raptor is also proof of our commitment to offer a truck for every customer and continuously improving them to meet our customers' evolving needs."

To address the strong demand for Raptors, Ford will bump production from three trucks per hour to five. Not much, we agree. But building an extra 48 trucks per day, at most, seems like a prudent way of addressing demand without oversaturating what is ultimately a niche market. Check out the press release below for more.
2014 will see a Raptor "Special Edition" available, which is basically all cosmetic and luxury upgrades.

No mechanical upgrades, horsepower and torque , 4.10 gears etc, all remain the same. 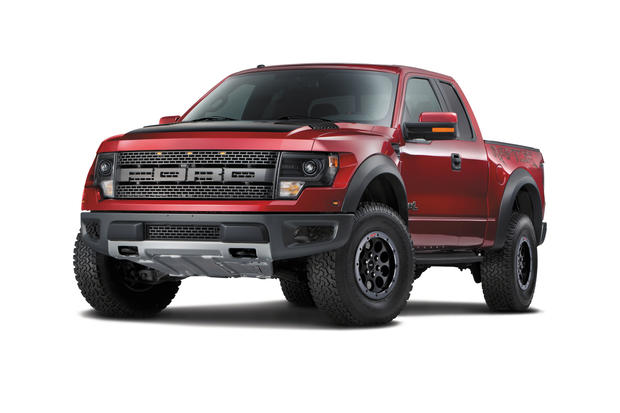 I'd pass on the graphics package 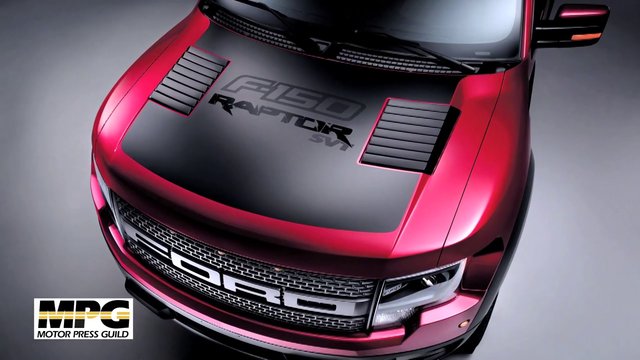 Not a fan of the cheap plastic, silver surround on the centre console of my FX4, disappointing to see it on the new Raptor as well..

The centre stack layout is identical to the FX4, as well as the LCD screen between the speedo and tach.

Basic layout of the gauges is the same as the FX4, only in blackface, which is good.

Molten Orange inserts are no longer available, new for this year as part of the Special Edition is brick red accents

Not sure about the headrests in the trim colour, I think they would have been better left black.

Only one thing missing from this picture

Join Date: Apr 2008
Location: Edmonton, Alberta
Posts: 2,354
imagine the price if they added a supercharger.
owning a 12 year old vehicle everything is impressive to me.
if i already had a raptor then meh.

Sent from my Motorola bag phone
almost bought that yesterday. ended up getting the smaller f150 for 2 year olds birthday. maybe move up to the raptor in a few years.

Join Date: Aug 2010
Location: Port Elgin, Ontario
Posts: 4,742
I've been keeping my eye open for one of those battery powered rigs for a two year old, either F150 or Raptor, haven't gotten to Toys R Us yet.

Might be a great way to put a kid into a Raptor with a charger after all Dwayne. Awesome.

And one in each colour. Supercrew and Supercab. lol
801A

Join Date: May 2008
Location: Wroxeter Ontario
Posts: 693
Quote:
Originally Posted by CanadianRanger View Post
This one comes with a "charger"...

Sent from my Motorola bag phone
if you could get the raptor in this Targa top style , I'd have one already.
(but I would have to sleep in it too)

Join Date: Mar 2008
Location: London,Ont
Posts: 874
I like the new wheels. Not big on graphics, or the luxury look of the interior though. It's a Raptor, not a Limited, or Harley, or XLT Lariat models. There is enough of those already..... and i have nothing against those models

Put together today. Will gift on Saturday.


Sent from my iPhone using Tapatalk

Really? Its the Internet take it easy.
BlairTruck is offline
Quote